Welcome to Tai Chi in Warwick

Here you can find information on the relaxed and informal weekly classes in Warwick that offer Yang style Tai Chi, including both Long and Broad Sword forms, fan form as well as Qigong.

Tai Chi in Warwick is part of the Wha Duc Lung Martial Arts Association headed by Master Bob Weatherall, which is recognised by the British Council for Chinese Martial Arts.

What is Tai Chi Chuan?

Tai Chi is a form of low impact exercise developed by the Chinese many centuries ago but it is so much more than just an exercise. Tai Chi is an internal cultural art and is a path to mental, physical and spiritual fitness. It can also be an effective method of self-defence. There are a number of styles and interpretations of the art following the more recent rise in popularity of Tai Chi Chuan.

At Tai Chi in Warwick we focus on Yang style Tai Chi, concentrating on a variety of open hand forms that include the 24, 37 and 48 posture forms plus the Simplified 24 Forms composed by Jifu Huang.

"Relaxes your mind and body"

The open hand forms of Tai Chi are the slow, gentle and flowing movements that are sometimes referred to as meditation in movement. The Forms are made up of a number of postures that are linked together in to one long flowing routine. Practising the Tai Chi forms will help improve balance, health and general wellbeing. It will also promote the smooth flow of internal energy or Chi. The gentle movements aid relaxation and quietening the mind, which is invaluable in today’s stressed and fast paced world. 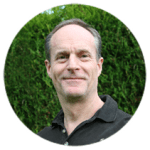 Colin Hooper began studying martial arts as a teenager and practised Judo and Karate for ten years before discovering Tai Chi. This he has now been practicing for over 28 years, starting his Tai Chi journey with Paul Brewer of the Heaven Mountain School in Surrey, where he learnt Cheng Man Ching 37 posture form and the Heaven Mountain Long Form.

On moving to the Midlands he joined the Wha Duc Lung Martial Arts Association, to further his understanding of Tai Chi with Master Bob Weatherall, learning a variety of forms that include the Bejing (24 postures) and 48 posture forms.

Colin has now been teaching Tai Chi for over 18 years and continues his own learning through studying with Master Bob Weatherall.

Master Bob Weatherall  has trained extensively with Chinese Masters the Far East such as Luk Chi Fu and Huang Jifu and in Britain with Dick Watson.

Classes are held weekly on Wednesday evenings at the John Atkinson Sports Centre in Warwick
All ages, levels & abilities are welcome.
Classes begin at 7pm

Please feel free to contact Colin with any queries or questions you may have.

All conversations are private and confidential and no details will be passed onto any third parties.